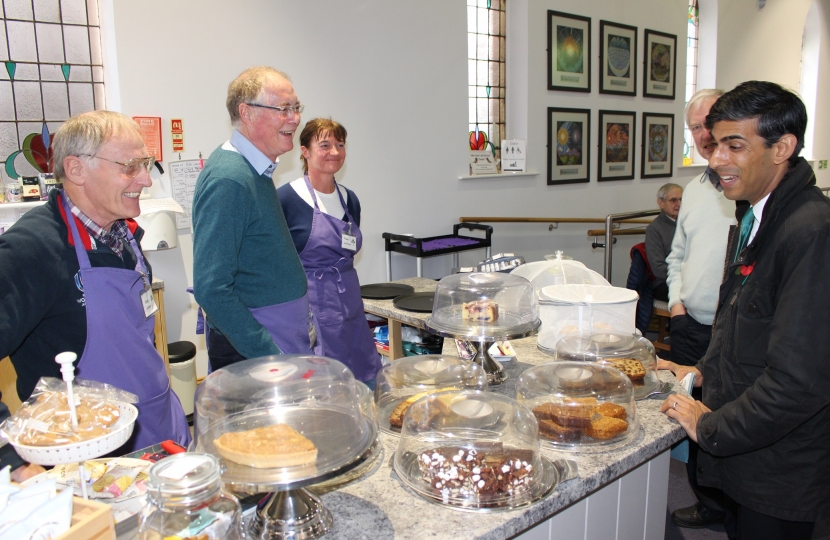 Many of our churches face challenging times with attendance at traditional services gradually falling. But it has been good to see how many locally are rising to that challenge in adapting what they do and what they offer communities.

Ambitious projects underway at St Matthew’s in Leyburn and the recently completed one at the Methodist Church in Bedale come to mind.

A truly excellent example I came across recently was the community hub set up at Hutton Rudby Methodist Church.

It’s a big chapel which used to lie empty for a large part of the week. Now, something is happening there for the local community every day of the week.

With a café/servery at its heart (I can testify to some great tea and cakes) there’s a host of activities going on, from a kids club with story-telling for mothers and children to IT/computer help sessions, backgammon and table tennis, a library and much more.

I came across this hive of community activity when I called in last month to record a radio interview. Amazingly, the church is also the base for Leven Online Radio, a community radio station set up just four months ago with a studio in rooms behind the chapel.

It’s a very professional set-up largely run by volunteers. You don’t have to be living in Hutton Rudby or wider Leven Valley area to listen in. As an internet radio station – at levenonlineradio.com – it can be listened to anywhere in the world.

I did enjoy my interview with the station’s John Earland in the chair and 16-year-old assistant scout leader Jack Turton and two pupils from the local primary school Bee Williams and Emelia Burns firing off the questions.

They properly put me on the spot on a wide range of issues and who knows, in the future, Jack, Bee or Emelia could be grilling me as the BBC’s Andrew Marr and Nick Robinson or Sky’s Kay Burley have done in recent weeks!

Last Friday, as you might have seen reported elsewhere, I joined my senior Government colleagues for the Cabinet meeting in Sunderland.

Apart from the location – in the most impressive National Glass Centre by the banks of the River Wear – everything about the meeting was as it would have been if we had been conducting our business in the Cabinet Room in No 10.

But it was a very powerful statement on the day we left the European Union of the Government’s unwavering commitment to the regions of the UK - to re-balance the economy, level up economic performance and opportunity across the country and unleash the potential of the North-East and Yorkshire.

One thing that was not normal about the day for me was the journey. I happily boasted to my colleagues that I for once had the shortest commute – just 50 minutes up the A19 thanks to Stokesley Taxis!

On Saturday evening, my wife and I took the time out to see the film everyone seems to be talking about – the First World War epic 1917. We can highly recommend it – especially the dramatic river scenes filmed at High Force and the Tees Barrage – but perhaps the most the magical moment of the evening was on the journey home when we spotted a barn owl perched on a road sign at the Brompton crossroads on the A684 just outside Northallerton. Despite the busy road, it seemed utterly unperturbed.