D&S column: honouring the sacrifice of the Green Howards 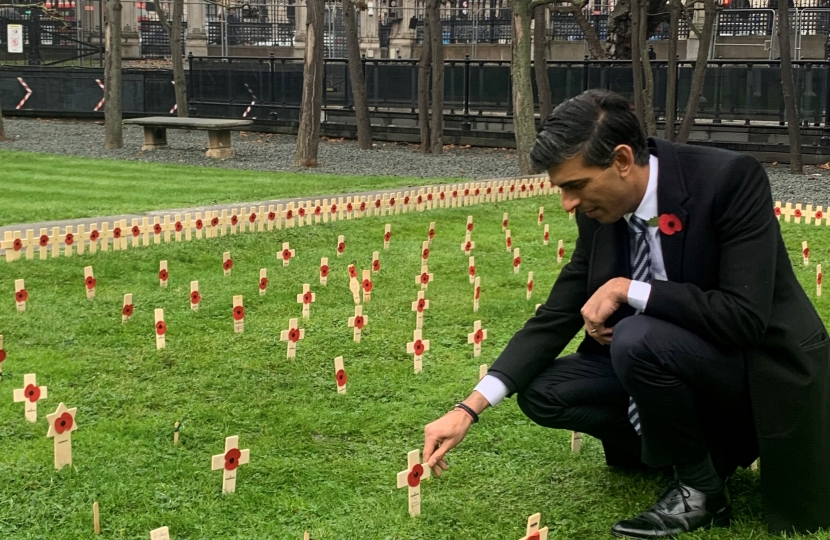 This year’s Remembrance is a very special one – marking the 100th anniversary of the Royal British Legion, the charity which does so much to support members of the Armed Forces and our Veterans.

To mark this milestone a Constituency Garden of Remembrance has been created in Westminster, at the main entrance to Parliament.

It was my honour to place a cross there this week to commemorate the Green Howards Regiment, and all those who have served in our armed services.

The Green Howards is very much our local regiment with an incredible history. First raised in 1688, its soldiers served around the world for three centuries until its amalgamation. From Sevastopol to the Somme, Normandy to Norway, its soldiers have served with distinction, none more so than Stan Hollis who was the only serviceman to be awarded a Victoria Cross on D-Day.

Of course, Remembrance Day is always special. It calls us to step back from our day-to-day lives and remember the tremendous sacrifice on which this country was built. Hundreds of thousands of men and women have laid down their lives to preserve this country’s freedoms and defend its values. The only reason we enjoy the lives we lead today is because of those brave men and women who were willing to put their lives, bodies and minds on the line for all of us, and the generations yet to come.

While I believe it is important to commemorate the sacrifices of those servicemen and women who have gone before, we must also appreciate the ongoing sacrifices paid by our Armed Forces and Veterans.  Whether that is from the impact of overseas service on their mental and physical health, or the months spent away from their families. I will always be thankful for that service and forever grateful that there are men and women who are willing to come forward and serve our country despite the difficulty and potential risks.

This eagerness to serve was clear to me when I visited Catterick Garrison and the Parachute Regiment Training Company earlier this year. I was impressed by the determination, physical fitness, and mental robustness of those completing the course. There was a steely determination to get the job done and earn that coveted maroon beret – one of the final steps in joining Britain’s elite airborne forces.

As I understand it, many of those soldiers and officers on that course - and who earned their maroon beret – went on to serve on Operation Pitting as part of 16 Air Assault Brigade. They helped to evacuate over 15,000 British nationals and vulnerable Afghans - the largest airlift since the Berlin Blockade.

Yet it is not just overseas where our service personnel protect us. This year saw the largest-ever homeland military operation since the Second World War in the NHS and the vaccine roll out. Whether it was testing, jabbing, or logistics, our service personnel played an essential role in the fight against Coronavirus.

This November I am looking forward to meeting more Veterans and serving Forces personnel at both Colburn Veterans’ Breakfast Club and Veterans Woodcraft. These organisations provide valuable services to local veterans.

Finally, I would like to thank County Cllr David Blades and David Johnson for placing wreaths on my behalf at the memorials in Northallerton and Richmond on Sunday while I pay my respects at the Cenotaph in London.