D&S column: out on patrol with our rural police taskforce 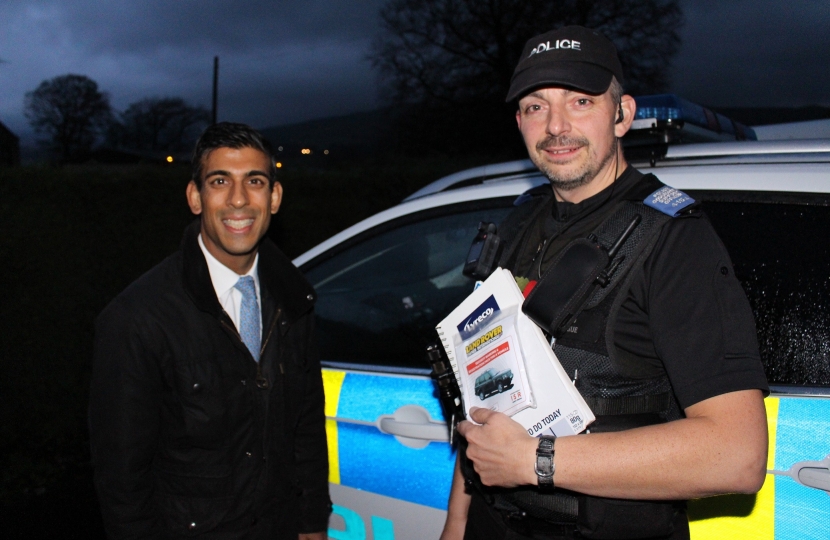 One of the benefits of living in North Yorkshire is its low crime rate compared to other parts of the country.

Quickly looking up the crime statistics for my patch, I was surprised to see that in the vast area looked after by the North Yorkshire Police teams covering the Dales, Richmond, Catterick and Bedale – that’s more than 80,000 people - there were just six house burglaries recorded in September this year.

Of course, that is six too many but I think it is a measure of success we should all take comfort from and our local policing teams draw some deserved satisfaction.

However, the very rural nature of our area makes other crimes are more prevalent. Theft from farms and farmland of vehicles, equipment and livestock is a problem, along with poaching, fly-tipping and theft of heating oil.

In recognition of these specifically rural types of crime, North Yorkshire Police adopted a new approach and launched its Rural Taskforce in 2016 – and it is now the country’s largest dedicated rural team.

Recently, I spent an afternoon with the Taskforce – out on patrol with PCSO Bryan Tongue who is based at Richmond but whose patch includes all of Richmondshire.

Bryan told me that the majority of these rural crimes are committed by people from outside our area – from County Durham and Teesside in the north and from West Yorkshire in the south.

A great deal of effort goes into tracking these cross-border criminals through Operation Hawk which uses a range of sophisticated intelligence tools, including automated number plate recognition technology, to trace and stop them.

The Taskforce also spends a lot of time on prevention and during our patrol we called in on an elderly couple in Hawes who recently had their collie sheepdog and seven pups stolen from a nearby farm building.

The victim is a renowned collie breeder and anyone who has attended the regular working sheepdog sales at Skipton will know how valuable these dogs can be.

Bryan updated the couple on the investigation and briefed them on the importance of securing their property, particularly the couple’s Land Rover Defender. With production having ceased, the value of these much-loved vehicles is soaring with many being stolen to order and shipped overseas.

Bryan said the thefts of Defenders and also quadbikes was an example of the professional nature of the criminal operations which often saw the countryside as a soft-touch.

Farmers and other rural businesses could protect themselves more by, where possible, locking vehicles and equipment in secure buildings, installing security lighting, anti-theft alarms, immobilisers and trackers. Portable equipment and tools should be security marked

Bryan said he would be returning to Hawes with a Defender security kit to make the sheepdog breeder’s vehicle less vulnerable and less of a target.

I was hugely impressed by Bryan’s professionalism and his passion for foiling criminals set on targeting our countryside. It was no surprise to learn he comes from a family of crime-fighters. Both his father and grandfather were serving officers.

And I am pleased to say that the Taskforce’s efforts are paying off. In 2017, according to NFU Mutual Rural Crime Report, the cost of rural crime in North Yorkshire fell by 17 per cent in a year when the UK-wide cost of this type of crime rose to £44m. Congratulations to Bryan and all his taskforce colleagues.

You can find more rural crime prevention advice at www.northyorkshire.police.uk/staying-safe/safer-countryside/