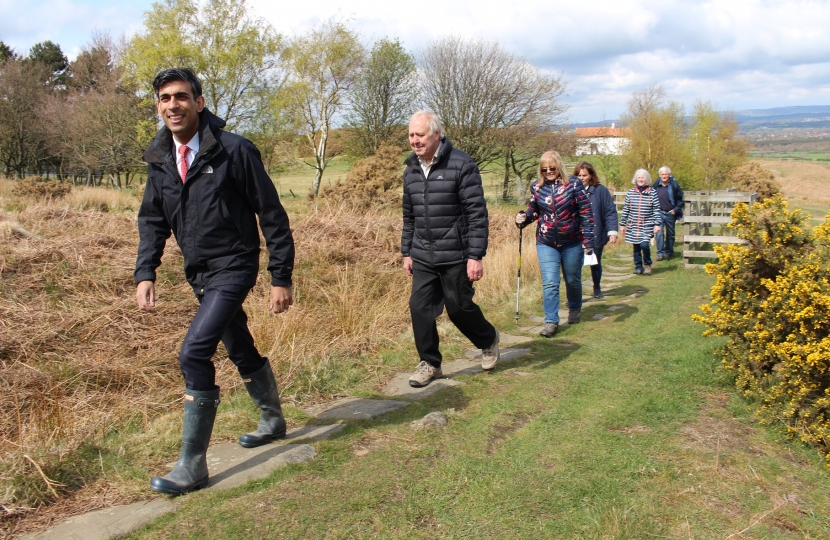 Three years ago a local history group wrote to me about their efforts to preserve a nationally-important part of our local history.

They were concerned about Kirby Bank Trod near their village of Kirby-in-Cleveland.

I confess I had not heard of the Trod – a 700-year-old paved causeway on the North York Moors – before but the group explained its significance and why it was at risk.

The Trod was once part of a long-distance route from the River Tees to Rievaulx Abbey. It was constructed for the Abbey’s Cistercian monks to make it easier for their packhorses carrying salt and fish from the Abbey’s landholdings near the river across the often-boggy moorland.

There was once an extensive network of medieval Trods across the Moors. Many have disappeared over the centuries by being buried beneath modern roads and pavements, beneath a build-up of vegetation and soil, or simply being taken for use elsewhere.

So the 400m of the Kirby Trod, running up towards the moor top and the Cleveland Way, Wainwright's Coast to Coast route and the Lyke Wake Walk, is now one the best-preserved stretches and a precious piece of our heritage.

It was designated a Scheduled Monument in 2012 because of its national importance.

Unfortunately, it was also deemed to be at risk from the off-road vehicles that used the route quite legally. Deep tyre ruts had become water channels which led to a degrading of the monument. Some of the individual stone flags had been displaced and sandstone waymarkers broken.

The damage to the Trod was considered so severe that Historic England placed the Trod on its Heritage At Risk Register.

Key to those efforts was the banning of the damaging off-road vehicles and I was pleased to play a small part in working with the highways authority about a legal order prohibiting motorised leisure vehicles like trail bikes from using the route.

The order was granted and the group continued its maintenance and conservation work in partnership with the North York Moors National Park with the happy result that the Trod was removed from the At Risk Register in 2020.

Recently, I met members of the group on the Trod to see what a tremendous job they have done to repair the damage and to protect the man-made embankment and the beautiful sandstone flags, weathered by the centuries.

The group has also installed a really helpful information board – designed by Mike Corbyn and John Davies ­– explaining how and why the pathway was created and its more recent uses associated with the alum and jet quarrying industries.

Their local councillor Heather Moorhouse helped with the cost of the board from her county council locality budget.

The history group, led by Grant Frew, Jackie Cove-Smith and Janice Ronsano, is justifiably proud of what has been achieved and I congratulated them on their hard and perseverance.

I can thoroughly recommend a trek along the Trod. The views of Roseberry Topping, Captain Cook’s Monument and Teesside take some beating.