D&S column: why a Neighbourhood Plan could help your community 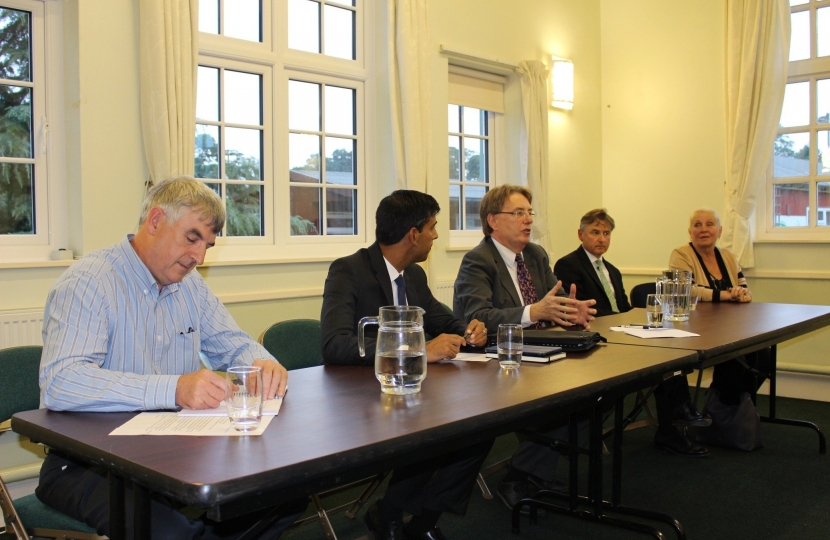 One of the most common misconceptions about what MPs do relates to planning matters handled by local authorities.

In short, MPs have no formal jurisdiction over local councils and cannot, for example, tell a council what to do about a specific planning application.

Of course an MP can convey the depth of public feeling to the planning authority, but they cannot intervene directly in the local planning process. That is entirely, and quite rightly in my view, a matter for local politicians that you elect to decide.

But matters of overall planning policy set by Parliament are matters for MPs. Last week I brought one of the Government’s foremost experts to the constituency to explain how a recent change to the planning regime is designed to give communities a greater say in what developments take place on their doorstep.

John Howell is the MP for Henley and also one of the architects of the concept of Neighbourhood Plans introduced in the last Parliament. Neighbourhood Plans can be drawn up by communities – villages and small towns typically – and they set out exactly where and what type of development will be permitted. Crucially, the Plans have to be respected by the planning authorities.

This was particularly pertinent in Hutton Rudby, where John addressed a packed meeting in the village hall on Wednesday of last week. Hutton Rudby is a beautiful community which because of its closeness to the big employment centres on Teesside is very attractive to housing developers. Villagers have been alarmed at the level of interest and fear their community will be swamped and changed beyond recognition by over-intensive and inappropriate housing schemes.

John explained that a well-thought out Neighbourhood Plan was the best defence a village like Hutton Rudby could have against speculative development proposals.

He also stressed three points. It was vital that neighbourhood plans were developed with the assistance and co-operation of the main local authority. In Hutton Rudby’s case that is Hambleton District Council and it was very good of Hambleton’s executive director Mick Jewitt to be present last week. He was very supportive of the Neighbourhood Plan process.

John’s second point was about neighbourhood plans not being thinly-veiled Nimbyism. While villages like Hutton Rudby want to be protected from development free-for-alls, they also want to grow – to retain their vibrancy, to keep local services sustainable and to provide the homes communities – and the country – need.

Thirdly, there are financial benefits from having a Plan. Rather than the council, your community gets to keep a good portion of the Infrastructure Levy money that developers pay when they build new houses. This money can be used to fund local projects like expanding the village hall, road calming measures or a new children's play area.

A Neighbourhood Plan allows local people to take back some control of a planning process which has often been decided by bureaucrats and organisations far removed from the places their decisions affect.

I wish Hutton Rudby well as it continues with its Neighbourhood Plan process. Stokesley is doing likewise. If any other communities wish to discover how they can draw up a plan to control their future, please get in touch at the usual email address: rishi.sunak.mp@parliament.uk.