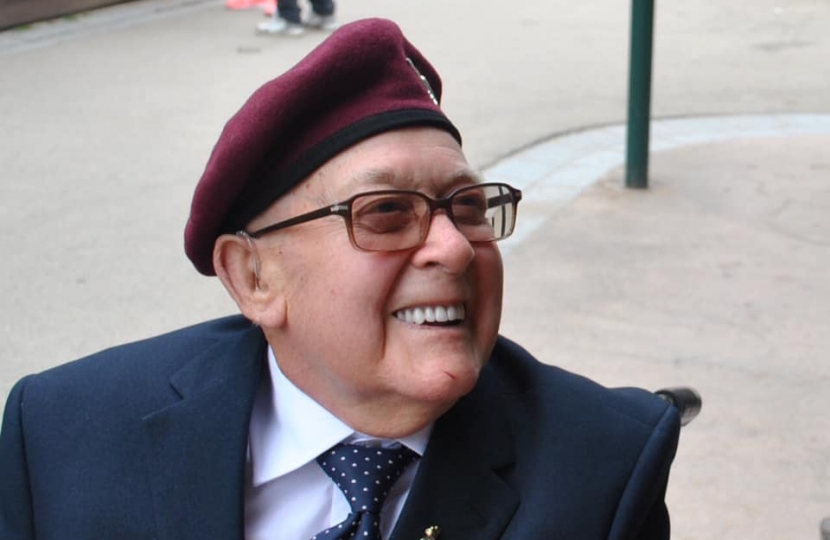 It was wonderful to hear of the many ways people managed to mark VE Day despite the restrictions caused by Covid-19.

From socially-distanced afternoon tea parties and colourful displays of bunting to poignant, very personal memorials to those who gave their all at a time of another great national emergency, the spirit of the nation shone through.

Sadly, and for obvious reasons, I couldn’t travel home to Yorkshire to see the celebrations for myself but it was lovely to hear from many of you about how you had marked what was a special day.

Like Sgt Ben Brierley, a soldier with the 5th Regiment Royal Artillery at Catterick Garrison.

His P Battery (The Dragon Troop) have decided to raise money for SSAFA, the Armed Forces Charity.
Starting on VE Day itself 10 members of the Battery began running 7.5km every day for 10 days to represent the 75th anniversary of the Victory in Europe.

Finishing this Sunday (May 17), the ten and other members of the Battery will collectively run, walk or force march 1,195km to add up to a total of 1945km, symbolising the final year of the Second World War. It’s a tremendous effort and you will find the Battery’s fundraising page at https://www.justgiving.com/fundraising/ben-brierley2

SSAFA provides lifelong support to current service personnel and veterans from the British Armed Forces and their families and dependants. Anyone who is now serving or has ever served in the Royal Navy, British Army or Royal Air Force is eligible for help through their network of 5,000 trained volunteers providing support – financial, practical and emotional – to service personnel and veterans.

Veterans like 97-year-old former paratrooper Jack Bracewell who I spoke to about his memories of that very special day 75 years ago.

He served with the 12th Yorkshire Parachute Regiment having joined up aged 19. On D-day he landed on Gold Beach and fought across Europe as the Allied forces pushed the Germans back. He took part in the long and bloody battle to take Caen and then the critical action at the Falaise Pocket which opened up the route to Paris and the Franco-German border.

He told me at the war’s end his unit was based in North-East Germany near the Danish border and he recalled the sense of euphoric relief and the night of celebration that took place.

It was moving and an absolute honour to speak to Jack who, despite his age, still drives. He lives with his daughter, is a great grandfather, and I found him quite inspirational to talk to. When I asked him how he found the courage to jump from a plane over enemy territory he simply said: “all you have to do is get out the door”!

That indomitable spirit, and that optimism, was very much in my mind last Friday in my department, the Treasury. I popped into the Churchill room, so called because its balcony is the spot overlooking Whitehall where our famous wartime leader addressed the jubilant crowds on VE Day with a victory message of celebration and hope.

The key passage in that speech which is just relevant today as we make progress in the battle against Covid 19, is that victory in 1945 was down to the whole British people. It reminded me that when Britain comes together we can overcome anything.