Just how good is your mobile phone network? 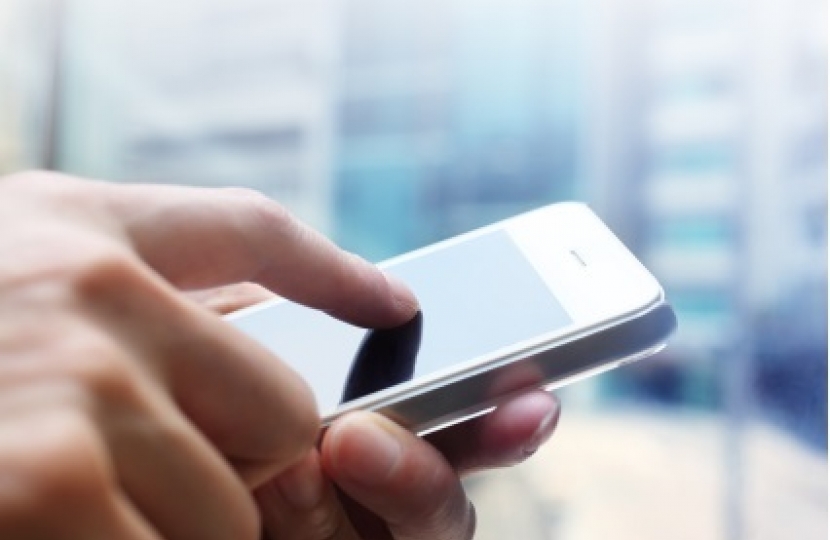 RICHMOND MP Rishi Sunak has urged rural communities to monitor the coverage claims made by mobile phone networks ­­- and report any problems.

He said checking on the service the big four companies provided in rural areas was an important part of  the battle to get improvements.

He said: “Many of us have a poor signal and that’s just not good enough in the modern world. We have to push the network companies to do better.”

Mr Sunak said an online mobile coverage checker provided by the Government communications watchdog Ofcom made it easy to see if the companies’ claims matched the reality and to tell them when it wasn’t up to scratch.

The checker – which can be found at www.ofcom.org.uk/mobile-coverage - provides a single-stop for consumers and businesses across the UK to discover the quality of the mobile coverage in areas where they live and work, or somewhere they intend to move.

Mr Sunak said the coverage maps were based upon data provided by the companies. Ofcom had partially checked the data but it was vital that consumers did so also to help make the maps as accurate as possible and to boost competitiveness among the networks.

He said: “Access to reliable mobile phone coverage used to be a ‘nice to have’. Now it’s essential to many people’s lives.

“Many parts of the Richmond constituency suffer poor mobile reception. The Ofcom checker is a useful tool and by providing feedback on the reality that people face, the networks will be encouraged to fill in the gaps.

“I urge my constituents to use this tool and let Ofcom know when the claimed coverage is not present.”

Users can zoom to a specific location on a UK map, or simply enter a place name or postcode, to receive data on coverage for each mobile network - down to 100 square metres. The map uses data provided by EE, O2, Three and Vodafone.

Consumers increasingly expect a reliable mobile service, said Mr Sunak. The new map therefore shows where reliable coverage is likely to be available, whatever type of handset is used, using new research by Ofcom into the signal strength needed to provide a good consumer experience.

The map also takes account of the increasing shift from handsets with external aerials to smartphones with internal aerials, which can sometimes be less effective at picking a signal.

Each area has been ranked with a colour-coded system, with green showing the highest likelihood of mobile coverage and red the lowest. The map shows:

Steve Unger, Ofcom’s chief technology officer, said: “We believe our map is the most comprehensive tool available to consumers and businesses to check mobile coverage. We’re encouraging people to feed back after using the map, so we can continue to improve its accuracy.”