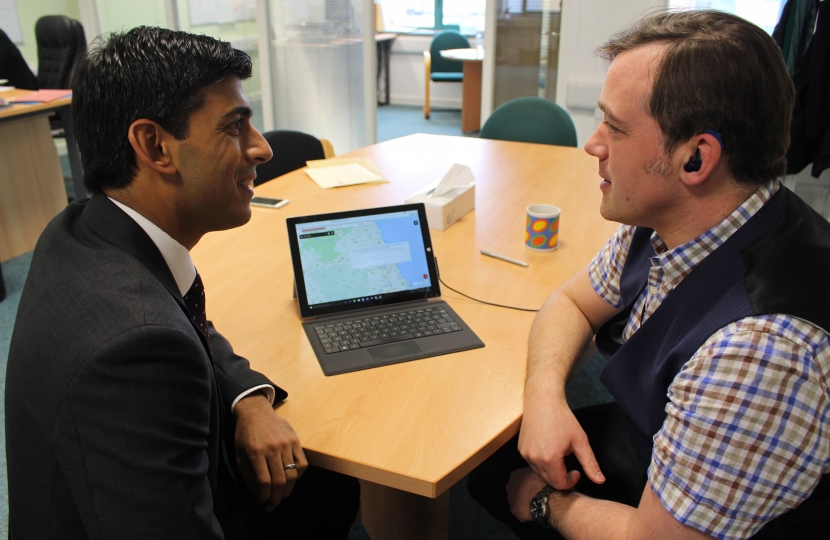 THE development of an app designed to help three million ex-servicemen and women is being backed by Richmond MP Rishi Sunak.

Mr Sunak is seeking a meeting with Mark Lancaster, the Defence Minister responsible for veterans, to gain Government support for the project.

The app is the idea of Dr Matt Kiernan, a former Royal Navy lieutenant commander who retired early on health grounds. He is now a senior lecturer at the Northern Hub for Military Veterans and Families’ Research at Northumbria University in Newcastle.

Dr Kiernan said the app aimed to make information about health and social care services available to veterans in an easy to understand form.

Called the National Veteran Information Services Network – N-VISionN for short – the app would be free to ex-servicemen and women.

“We know proud military veterans do not seek help naturally,” said Dr Kiernan. “But we also know they live by their smartphones.

“The idea behind the app is to bring all the services available together in one place, to provide one simple to use point of contact. There is a great deal of help available, for example to deal with alcohol and substance misuse, but it is not always easy to access it.”

Dr Kiernan, who lives at Hudswell, near Richmond, said the app had been developed with the help of a company based in San Diego, California – rippleNami – which specialised in presenting information in a highly visual way using maps – a concept that military veterans would be comfortable with.

Mr Sunak said he had been very impressed with a demonstration of the app by Dr Kiernan.

“This digital helpline is just what our three million military veterans need to access the wide range of services to help them with their lives after they leave the service of Queen and Country,” he said.

“I would like the minister to see it as well because I believe it deserves wider support.”

Dr Kiernan said work on the project had been grant aided by the NHS and he was now seeking to a win a covenant grant from the Government which would aim to set up a one-stop shop for veterans services, backed up by call centre support. The N-VISionN app would be part of that national project.