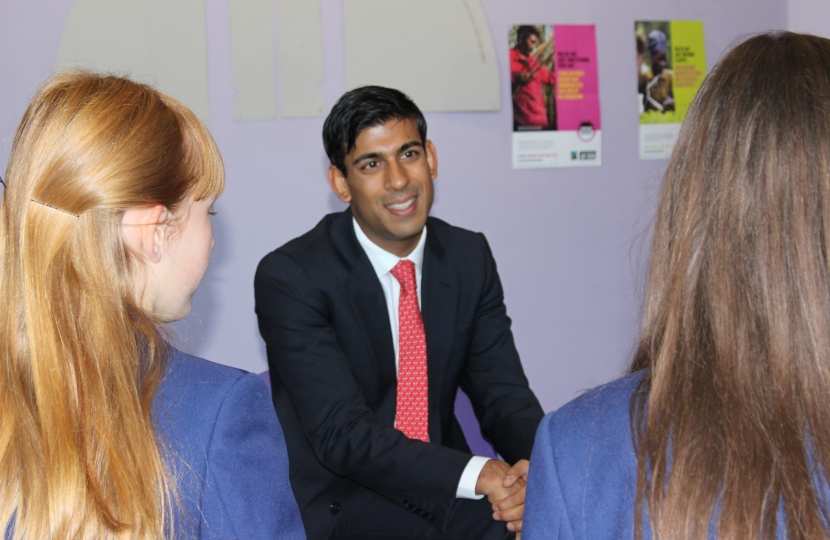 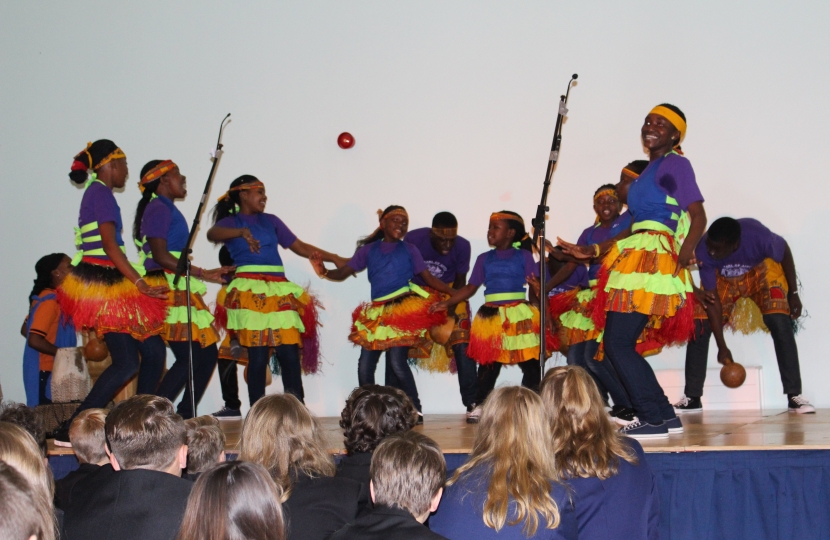 PUPILS at a Richmond secondary school quizzed their local MP about life in the House of Commons, about voting, schools and ethics.

The year 9 pupils carried out their interview for the St Francis Xavier School newsletter. An article based on the interview – carried out by Thomas Chandler, Elizabeth Morrison Lucy Weir and Leanne Burton – will appear in a future issue.

The interview with Rishi was part of his visit to the school which also featured a performance by the touring Pearl of Africa Choir. The choir, from Uganda, performed in morning assembly before taking part in a series of singing, dance and drumming workshops with the school’s students.

Mr Sunak said: “I was asked some really interesting questions on a range of subjects and I look forward to seeing the final article.

“I was very impressed will the pupils, the staff, the very evident positive ethos of the school – and the choir was magnificent.”

During his visit, Mr Sunak also met the school’s head boy and girl, James Morrison and Maisie Humphries and their deputies Richard Kirkham and Ione Harwood-Mann.

The school’s headteacher Sharon Keelan-Beardsley said the visit had been very popular. “Students really enjoyed finding out about what life as an MP was really like.

“It was very interesting for them to hear about what it is like to deal with the same ethical and moral issues in Parliament that they are learning about school.

We are very grateful to Mr Sunak for visiting the school and engaging with the students so positively and enthusiastically.”

Mrs Keelan-Beardsley said the visit by the choir, which is funded by a UK-based charity, had been a great success. As a result the school was considering partnering with a school in Uganda.