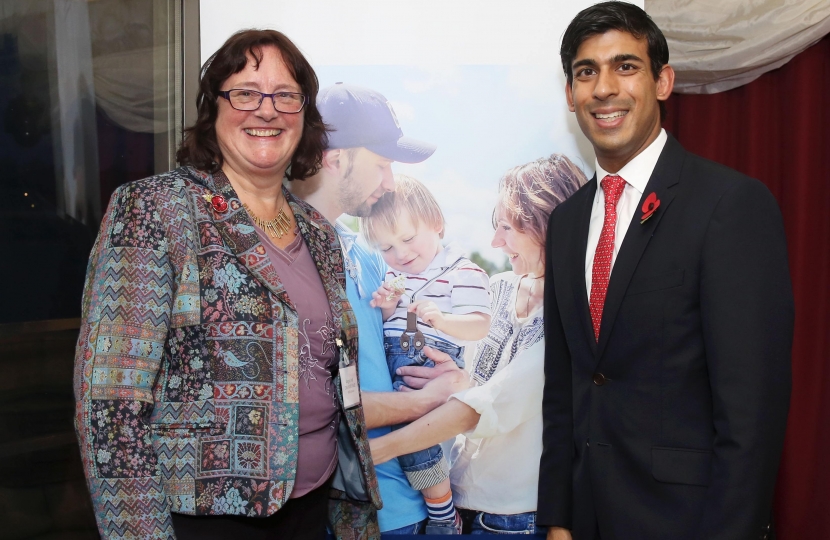 An initiative which helps people tackle mental health issues in the Armed Forces community has been backed by Richmond MP Rishi Sunak.

The MP pledged his support for Armed Forces Mental Health First Aid (MHFA) courses after attending a briefing on the issue in the House of Lords.

Politicians, veterans and high-ranking officers in the military heard how thousands of serving and ex-serving personnel and people in the the Forces community had already undertaken the courses.

Mr Sunak said: “Members of our Armed Forces put their lives on the line for our country and as a nation we have a moral duty to look after them and their families.

“The courses are very valuable in helping the Forces community identify individuals who may be at risk and ensure their get the professional help they need. I hope the Government will be to continue its support for the programme.”

Mr Sunak was invited to attend the briefing by Angela Wall, an approved Armed Forces MHFA instructor, based near Northallerton. She runs regular courses in Catterick, North Yorkshire, as well as in the North-East.

She said: “The course is the mental health equivalent of physical first aid training and provides participants with the skills and confidence to be able to recognise common mental health problems and guide a person toward the right support.

The Armed Forces MFHA programme was launched in 2013. It is on target to have almost 200 instructors like Angela in place nationwide.

Ms Wall said exposure to combat could be a significant risk factor for poor mental health and military personnel were more likely to report mental health issues than the general population.

She added: “a clear message from the course is that early intervention works and our aim is to help reduce the stigma by increasing mental health literacy in participants who become 'Mental Health First Aiders' as a result of the training.

“They take back the information and cascade it through their workplaces, their contacts and often their own nearest and dearest.”

Anyone from within the Armed Forces community, including family members and support staff is eligible to attend the two day training. More information can be found on the MHFA England website - www.mhfaengland.org or by contacting Angela Wall by email at angela@awa2001.fsnet.co.uk or by phone on 07899 910965. Courses are available for individuals on a public basis or organised on an in-house basis to suit an organisation's needs.