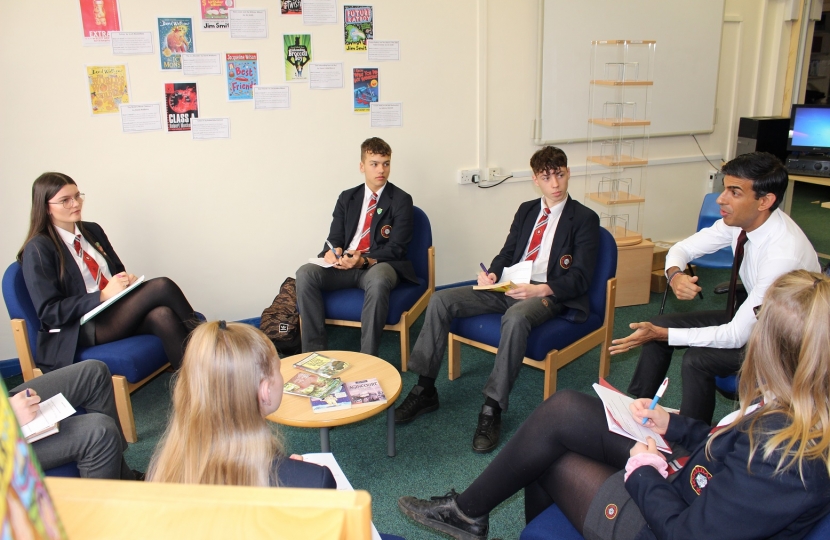 The influence of the media on young people was the discussion point at a citizenship class held at Bedale High School.

Rishi Sunak accepted an invitation to join the Year 11 group debate having been invited by pupil Millie Pattison.

The pupils - Izzy Sanders, Brodie Webster, Jack Burke, Millie Pattison, Joel Worsdale and Archie Wheeler - asked the Richmond MP a series of questions about the media, what he watched and listened to and to what extent the excesses of the media – both traditional and social – could be regulated.

They highlighted the issues of fake news and problems with body shaming and body confidence as a result of the images that are posted on social media.

Mr Sunak said there was a general consensus that young people were susceptible to inappropriate posts on social media and that there was a debate about how best to protect the vulnerable.

Government was in close dialogue with social media companies and was encouraging them to act more responsibly over the content on their platforms. Legislation would be considered if they did not clean up their act.

The difficulty in any legislation was getting the balance right between regulation and the freedom of expression which was vital to preserve in a democracy.

Mr Sunak said: “This is a really thorny issue and I think it is very praiseworthy that the pupils wanted to discuss it with me. They made some telling points about the impact of the new media on young people and I was most impressed with how they framed their questions.”