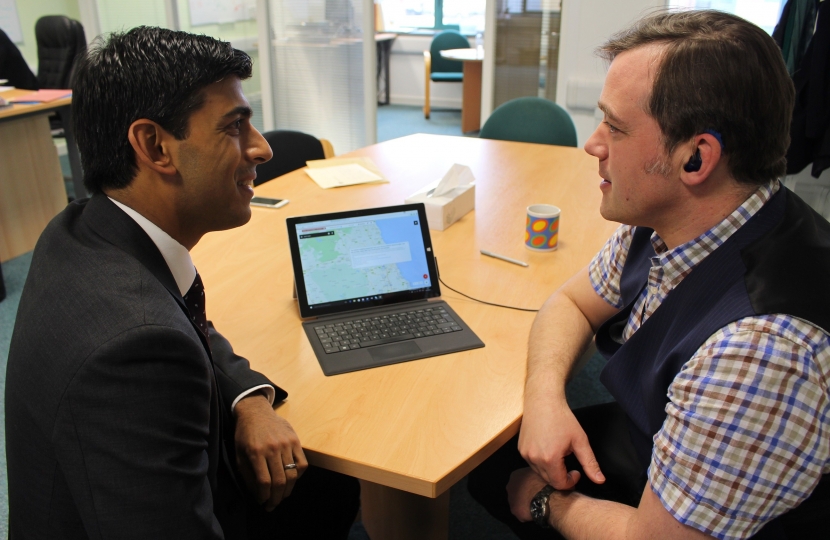 THE development of an app designed by a North Yorkshire man to help three million ex-servicemen and women is being funded by the Government.

The roll-out of the Veteran Services Directory created by Dr Matt Kiernan, of Hudswell, near Richmond, is being boosted with a £500,000 grant from the Ministry of Defence Covenant Grants Fund.

The award follows a meeting between Dr Kiernan and Mark Lancaster, the Defence Minister who was then responsible for veterans, organised by Dr Kieran's MP, Rishi Sunak.

Dr Kiernan is a former Royal Navy lieutenant commander who retired early on health grounds. He is now a senior lecturer at the Northern Hub for Military Veterans and Families’ Research at Northumbria University in Newcastle.

Dr Kiernan said the app aimed to give the ex-armed forces sector a comprehensive directory of all services available in a simple and intuitive way.

Called the National Veterans' Information and Services Network – N-VISionN for short – the app is designed to help care professionals find the right services for their clients and uses geographically mapped data from the NHS, care services, veterans' charities and service bodies.

He said the app was also set up to provide feedback which would serve to demonstrate areas of need and also where the veterans' who would use the services were based which would help make the most efficient use of resources.

Mr Sunak saifd he was delighted that the app's roll-out was being funded by the Government. "When Dr Kiernan demonstrated the app to me last year I could see it was potentially very powerful tool in helping veterans get the help they need," he said.

"I was happy to set up the meeting with the Minister and I am very pleased that it is now being supported so that it can be used by care professionals and benefit veterans across the UK."

Dr Kiernan said he was very grateful for Mr Sunak's support for the project.