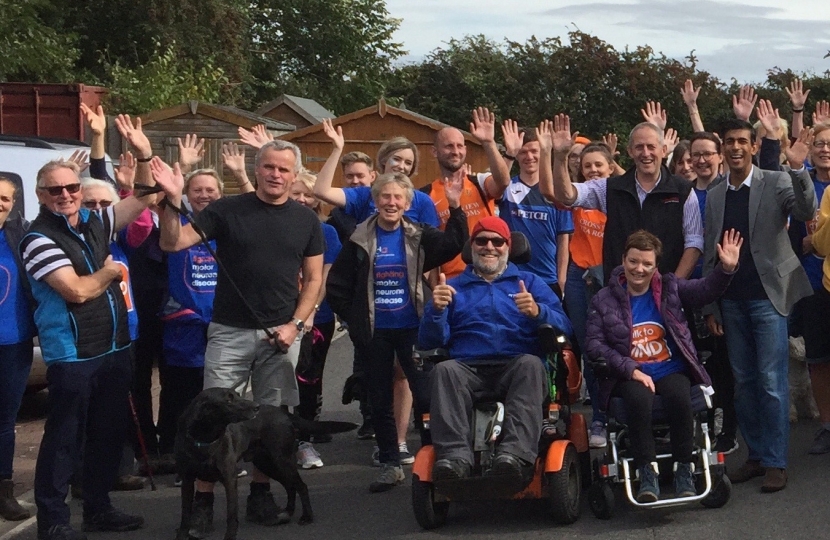 Rishi Sunak has praised the inspirational example of a constituent battling a life-limiting disease.

It is almost four-and-a-half years since Cath, of Eppleby, near Richmond, was diagnosed with the disease.

Since then she has dedicated her life to raising awareness and funds for research into the condition which attacks the brain and nervous system, eventually stopping all muscle use.

The six-mile walk around the village was one of a series of fundraising events she has embarked on to raise funds which include wheelchair participation in the Great North Run.

Although her illness meant she had to sell her business - Cross View Tearooms in Richmond - she still runs a small business from her home. Make and Bake Eppleby – based in her specially adapted kitchen – produces two-course meals which are sold to people in the local area via facebook.

Mr Sunak said: “What Cath is doing is truly inspirational. Despite this debilitating condition, she has thrown herself into her new business while doing so much to highlight the impact of motor neurone disease and also help with funding research into finding a cure.”

At the end of the event, the walkers were served with afternoon tea in the village hall - prepared by Cath