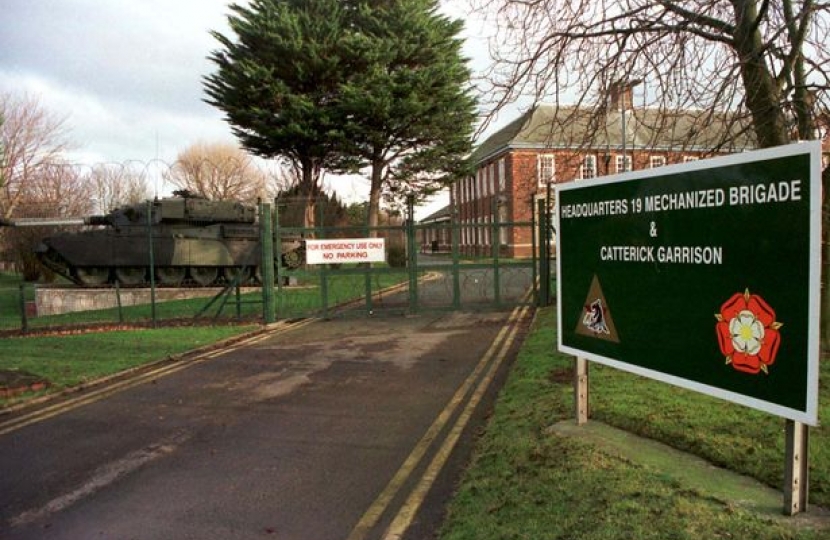 Following the intervention of Richmond MP Rishi Sunak, Defence minister Mark Lancaster has introduced new arrangements to ensure the public and the media are informed about court martials.

It follows an instance at Catterick Garrison earlier this year when two cases of manslaughter against soldiers who had served in Afghanistan were heard in secret because the MoD did not give sufficient advance notice of the hearing to enable the media and general public to attend.

Journalists working for The Northern Echo and Darlington & Stockton Times contacted Mr Sunak who wrote to the minister pointing out that the MoD had breached its own guidelines about advance notice of military hearings.

In a letter to Mr Sunak, Defence Minister Mark Lancaster said changes had been made to ensure that public holidays do not interfere with the standard procedure for publicising cases at least one day in advance.

Mr Sunak welcomed the minister's assurance. He said: "Open justice is a cornerstone of a healthy democracy and it is vital that our local media is adequately informed of when hearings, especially those involving serious allegations, are being heard."

The Military Courts Service has four centres around the UK, including Catterick Garrison, which deal with crimes committed by servicemen and women.

Information about the Catterick hearings at Easter were made available after the court martial in which two members of Catterick Garrison’s 32 Engineer Regiment were sentenced over the death of Adam Moralee in Camp Bastion, Afghanistan in 2014.

Lloyd was sentenced to nine months detention, while Smith was given an eight-month prison sentence suspended for 18-months and a curfew.