Rishi Sunak urges residents: ‘Back my case for 24/7 emergency care at the Friarage’ 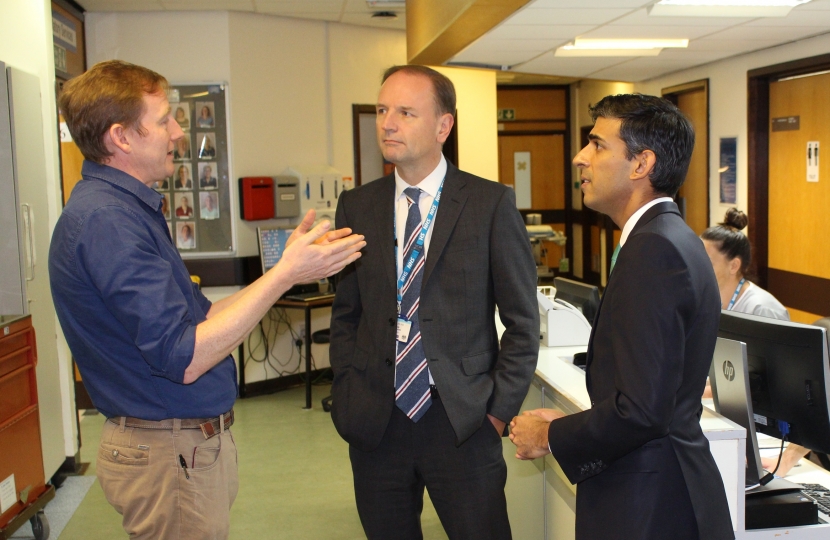 Conservative candidate Rishi Sunak has urged North Yorkshire residents to back his fight for 24/7 emergency care at the Friarage Hospital.

A consultation on the opening hours of the Northallerton hospital’s enhanced urgent treatment centre is underway and has been extended because of the general election.

The consultation has been extended to January 17 from December 6 to allow for additional consultation events to be organised.

Mr Sunak, who was first elected as the MP Richmond (Yorks) in 2015, said it was very important for residents to make their views known.

“I hope residents will join me in pressing for the retention of the 24/7 urgent treatment centre option which has been running successfully for the last eight months.

The Urgent Treatment Centre, linked to a consultant-led front-of-house admissions unit, has seen 90 per cent of the patients previously treated at an A&E unit which health chiefs were unable to safely staff.

He added: “We now have an innovative emergency care service at the hospital that’s treating the vast majority of patients who used to attend the old A&E. It is also treating many more children because the A&E did not meet the clinical standards to treat all sick children.”

Mr Sunak said Simon Stevens, the chief executive of NHS England who visited the Friarage at his invitation last month, had been impressed by the way the UTC was working and the commitment of the staff to provide an excellent service.

“But people rightly want the reassurance that it will continue to be available round the clock, seven days a week. That’s why it is really important for them to take part in the consultation and support the 24/7 option.”

Although two consultation events – including one in Northallerton – have been postponed until after the election is over because of rules about what public bodies can publicise during a campaign, one scheduled for Hawes on November 25 will be held.

People can also express their views by taking part in the consultation online at https://www.snapsurveys.com/wh/s.asp?k=156752408527

Mr Sunak has welcomed Health Secretary Matt Hancock’s pledge to maintain and improve services at Darlington Memorial Hospital, used by many residents in the north of the Richmond (Yorks) constituency. Mr Sunak successfully fought downgrading plans for the Memorial in 2017

He said: “The Memorial is a very important hospital for northern North Yorkshire so it is very good to hear the Secretary of State make that commitment.”

Mr Sunak also welcomed the return of trainee doctors to the Friarage. Students from the Hull York Medical School.

A group started placements at the Friarage and also working with local GPs last month. It follows Mr Sunak successfully arguing for an increase in local training opportunities. An extra 90 undergraduate medicine places have been created at Hull York and a new medical training centre opened at the University of Sunderland this year

He said: “We know that locally-trained doctors are more likely to stay in the areas where they have trained and I hope that in the future, we’ll be able to welcome back some of the students to work permanently at the Friarage.”