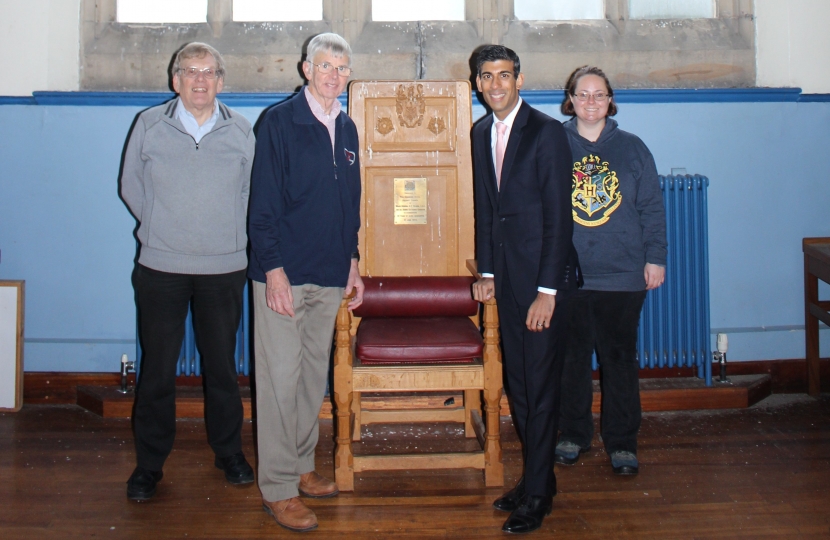 Rishi Sunak has viewed progress on an ambitious plan to convert Richmond's Old Grammar School to a community asset for the whole town.

The Richmond MP was shown round the historic building which has lain empty for seven years.

Ian Hepworth, chair of the Richmondshire Building Preservation Trust (RBPT), which is undertaking the project, and James Gravenor, who is heading up the work to restore and re-purpose the building led the MP on the tour pointing out the challenge of bringing the back back to life.

RBPT’s plans for the building include community offices, a large hall for use by community groups, clubs and organisations, a café with terrace overlooking the river, a large function hall and a contemporary hostel catering for visitors and providing accommodation for residential courses, which will be run in the revamped building.

The Victorian structure was built in 1850 to the design of architect GT Andrews who was also responsible for the town's Station and the Mercury Bridge which runs between the two .

Following his tour, Rishi Sunak, said: "It was clear from my visit the potential the structure has to be a focal point for the Richmond community. The building has so many memories for Richmond people who until relatively recently passed through its doors. The ambition of the team working on bringing this much-loved building back to useful life is impressive.” He continued, “I have supported the project from its inception and will continue to do so."

The MP supported an initial application to the Heritage Lottery Fund (HLF) to help draw up the plans for the building. The Trust is now waiting on a decision for a further grant from the HLF. It also has to raise at least £450,000 locally to help funding the work.