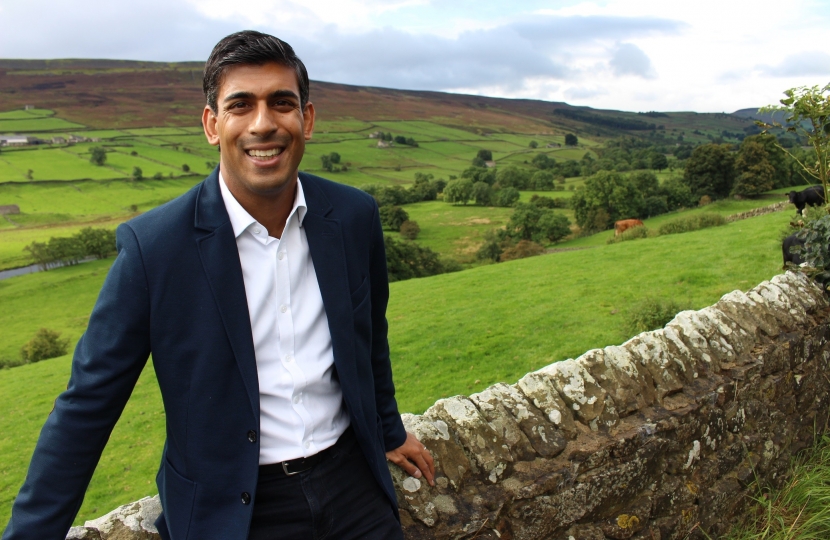 Richmond MP Rishi Sunak has spoken of the "golden opportunity" to extend mobile phone and broadband coverage in the most isolated parts of his constituency.

Mr Sunak raised the matter with ministers and in the House of Commons after Arkengarthdale Parish Council drew his attention to a Government-funded emergency telecommunications mast being built in its patch and asked if commercial phone operators would be able to use it to improve their network coverage.

The parish council's chairman Stephen Stubs said the new mast at Seal House offered the potential to bring a mobile phone signal to the dale which currently had no service and also no superfast broadband.

He said: "The location is ideal for providing a mobile phone signal for the dale. It seems the perfect opportunity for a mast to be shared for the benefit of everyone. It would also provide a high speed broadband service in an area which does not receive superfast fibre broadband."

Writing to Home Office Minister, Mr Sunak spoke of the huge difference it could make if phone companies were able to "piggy-back" on the new Emergency Services Network of masts being built for the police, fire and ambulance services.

In response, Nick Hurd, the Policing and Fire Service Minister, has confirmed that the Arkengarthdale mast is one of 300 being built in Britain's most isolated rural areas and they will be made available to commercial mobile network operators to use.

The move was confirmed by the Leader of the House Andrea Leadsom in a response to a question from Mr Sunak last week. She said under an agreement with EE, which is building the masts, there would be opportunities to share the government-funded masts with other operators to supply mobile phone signals and 4G broadband coverage.

Mr Sunak said: "This is potentially very good news for those parts of my constituency currently suffering from poor or non-existent phone signals.

"Also there are parts of the constituency that will not be able to benefit from the current rollout of superfast broadband who need 4G.

"The network of new masts for the emergency services covers both Swaledale and Wensleydale and I shall be doing all I can to encourage the big networks to seize this golden opportunity to offer their rural customers the service they deserve."

He said the Government was in talks with the other major network operators – including Vodafone, Three and O2 – to explore how best to exploit the opportunity to improve mobile coverage in rural areas.