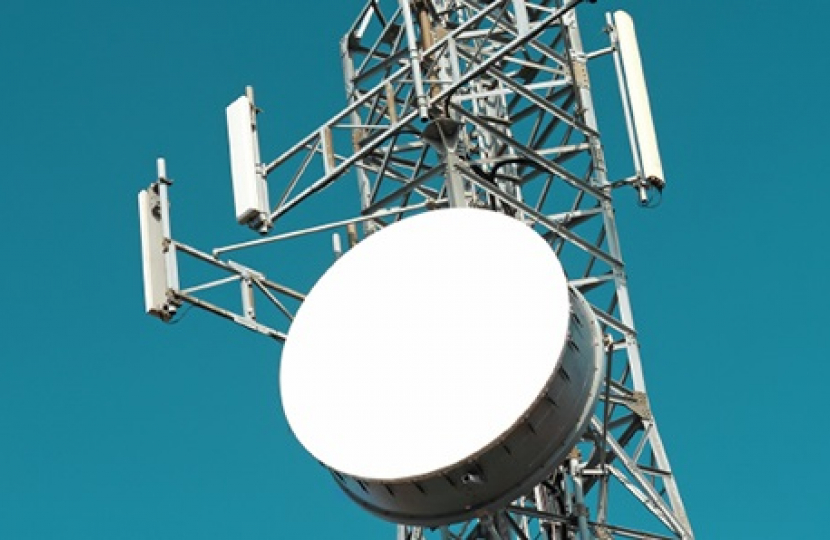 A series of new telecommunications masts will be activated over the next 18 months which will bring 4G coverage to some of the most isolated areas.

Arkengarthdale and Low Row in Swaledale will among the first areas to benefit with masts scheduled to go live later this year.

The switch-on of nine new masts in Swaledale and Wensleydale follows successfully Rishi pressing the Home Office to speed up the activation process so that families and business can the enjoy the benefit as soon as possible.

The masts have been built under a £9bn Government programme to renew the national network used by the emergency services. The new 999 service is based on extending the existing EE network with the Home Office paying for additional masts in the most rural areas of Britain.

Rishi said: “The new masts will mean a step-change in service for areas which have not had decent 4G signal. I am pleased the Home Office has brought forward activation dates – in the case of Keld and Gunnerside by nine months – so the better service is available as soon as possible.”

Activation of the masts was delayed by the pandemic and the need to follow Government procurement rules for the final stages of the mast programme.

The chair of Arkengarthdale Parish Council, Cllr Stephen Stubbs, said the wait to get a good mobile signal in the dale had been long and local residents would be pleased.

He added: “A strong 4G signal will be very welcome and we are grateful for the work that Rishi has done to make sure we get what many other places take for granted as soon as possible.”

The masts will offer EE’s commercial 4G service but other networks will be able to use most of them as well.

Under the £1bn Shared Rural Network (SRN) programme – funded by Government and the mobile network operators –  many of the masts will be upgraded so that the other networks (Vodafone, Three and 02) can also use them to offer a commercial 4G mobile phone/broadband service to their customers.

Two additional masts are being proposed under the SRN programme at Melbecks Moor between Swaledale and Arkengarthdale and near Bainbridge in Wensleydale.

Rishi said: “The Shared Rural Network will be important in helping to improve consumer choice so that Dales residents do not have to use one particular network because of where they live.”

The sites due to be activated in the next 18 months are: Braidley and Coverhead in Coverdale, near Leyburn; Arkengarthdale; West Burton; two near Keld; Hawes and Gunnerside.

Ensuring high quality broadband reaches every corner of the constituency is a key priority for me. It is also vital that we can reliably use our mobile phones everywhere we go.I will work with all relevant authorities, the mobile phone companies and BT to ensure this becomes a reality as soon as possible.